Dr. Amy Richards graduated in 1989 from Cornell University with a B.S. Degree in Animal Science. After college graduation, she remained at Cornell where she attended veterinary school. During her four years in veterinary school, she was recognized for her academic accomplishments and received the Cornell National Scholar Award. Dr. Richards graduated and received her DVM degree from Cornell University (New York State College of Veterinary Medicine) Veterinary School in 1993.

After veterinary school, Dr. Richards completed an internship at the Veterinary Institute of Trauma, Emergency and Critical Care.

Emergency veterinary medicine has always been one of her professional interests. She has been an associate veterinarian at Norton Animal Hospital since 1997.

During her free time, Dr. Richards enjoys hiking, gardening, cooking, and traveling. She is married and has two daughters, Elsa and Lauren. Dr. Richards is owned by two very affectionate kitties named, Newton and Waldo, and a mixed breed dog, Hazelnut. 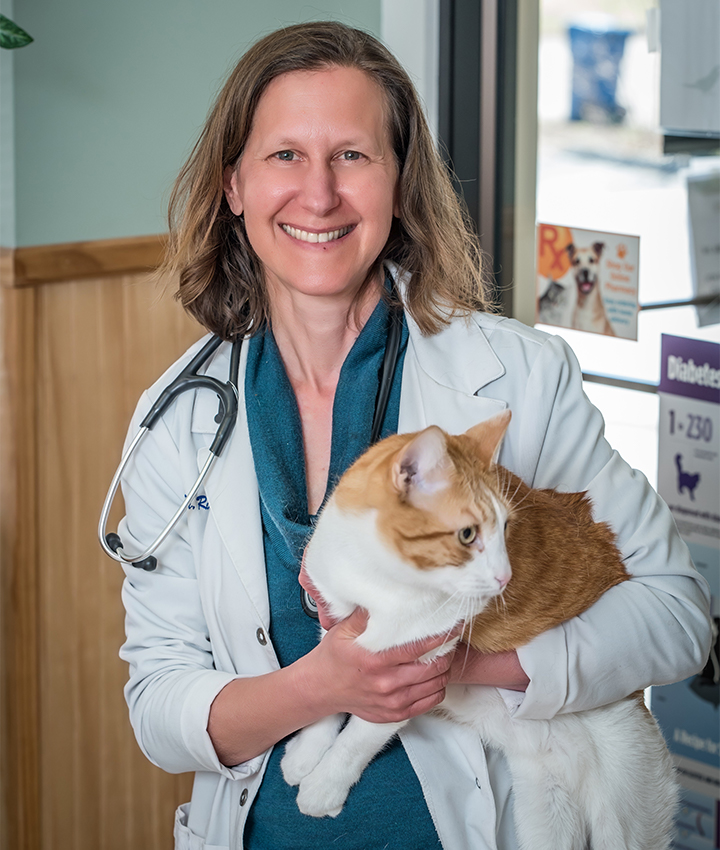